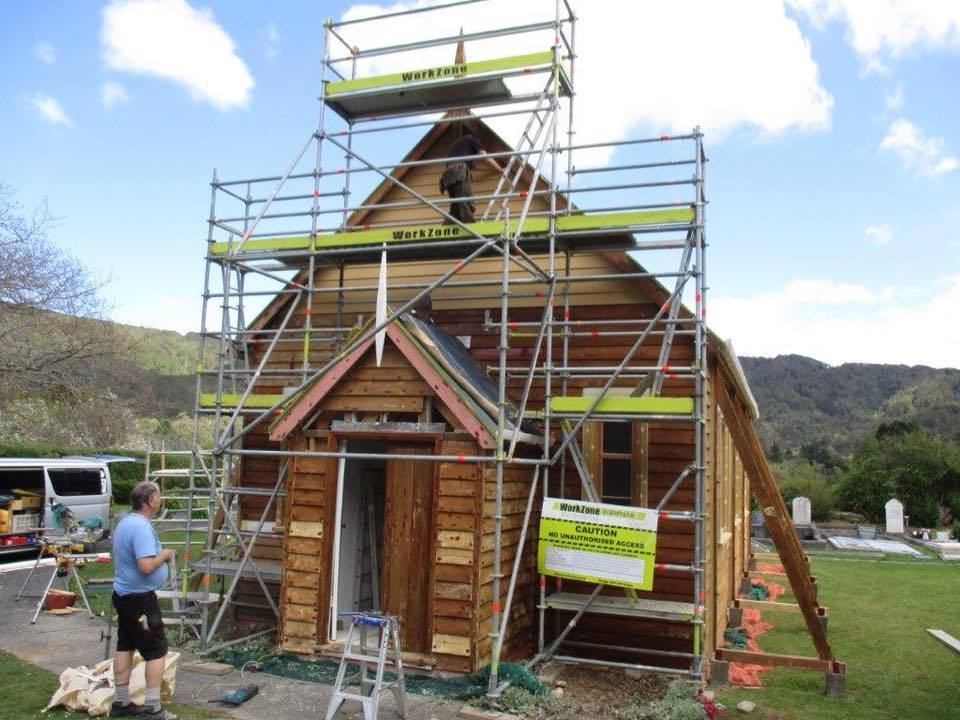 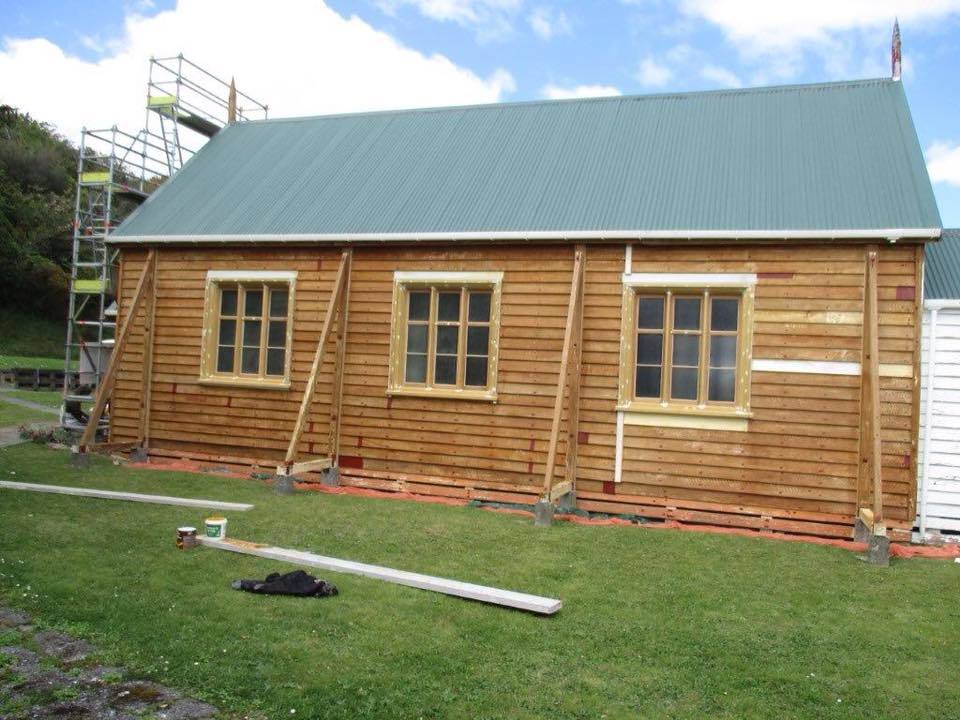 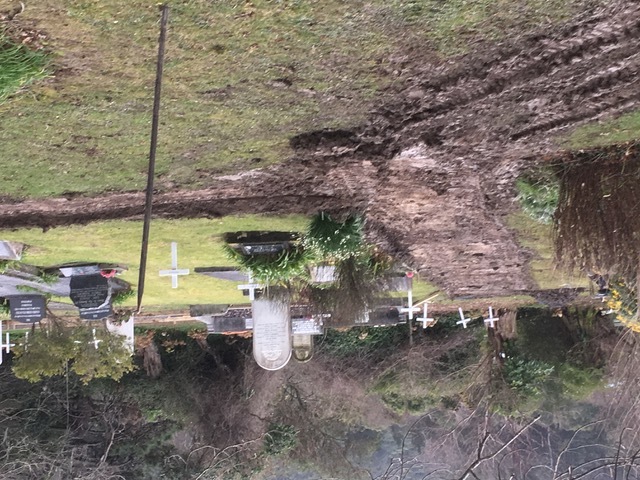 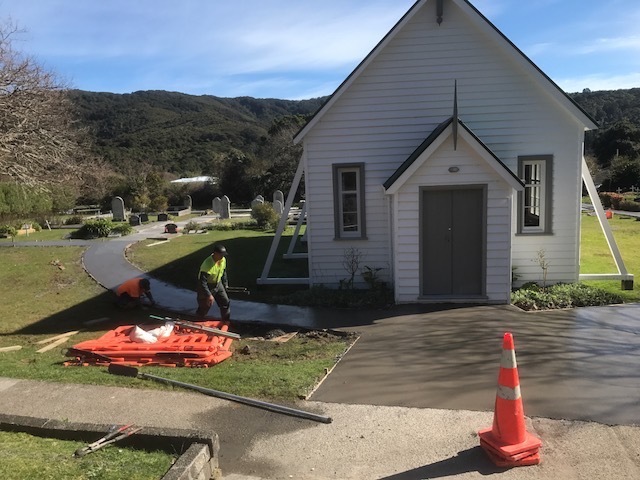 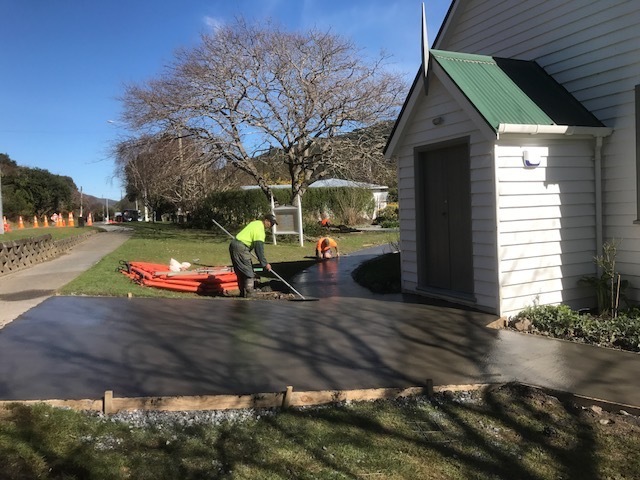 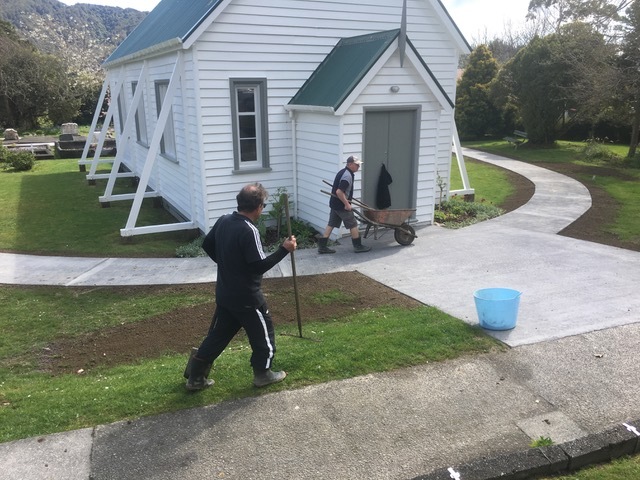 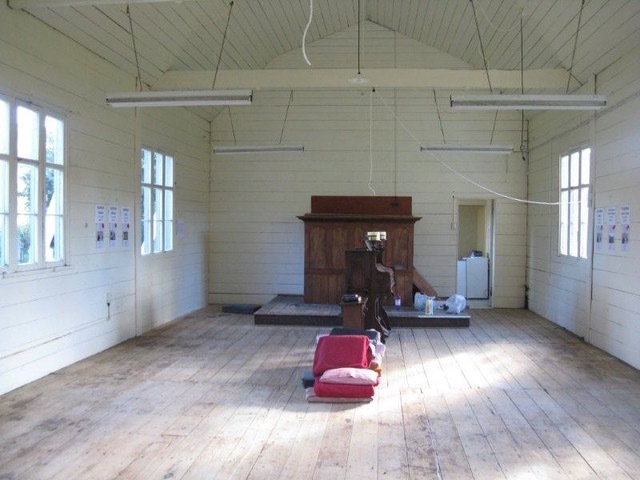 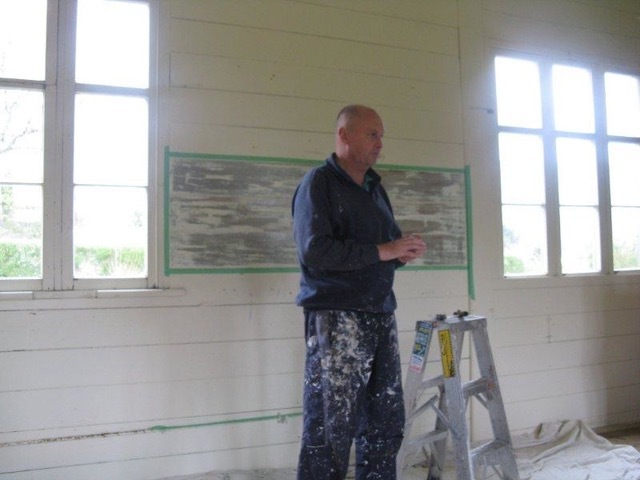 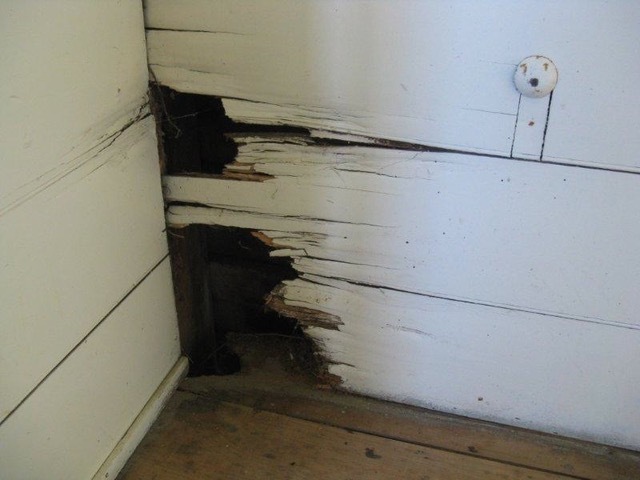 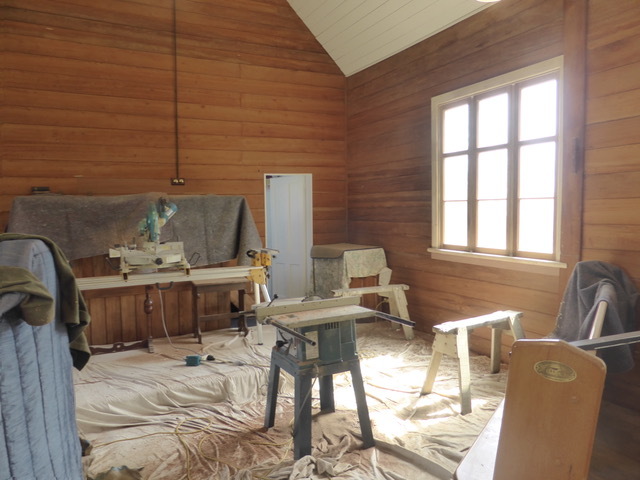 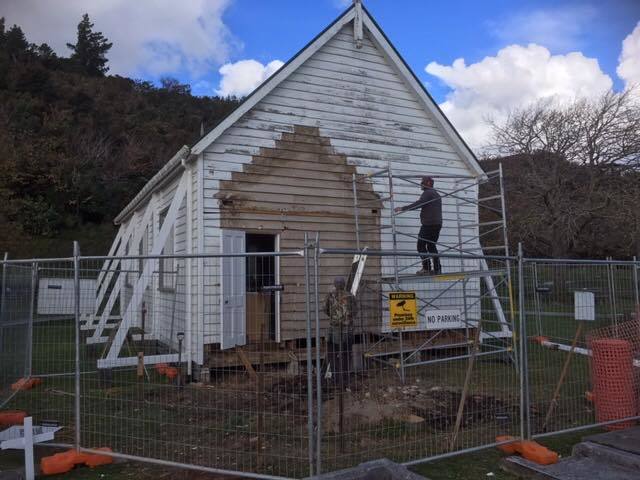 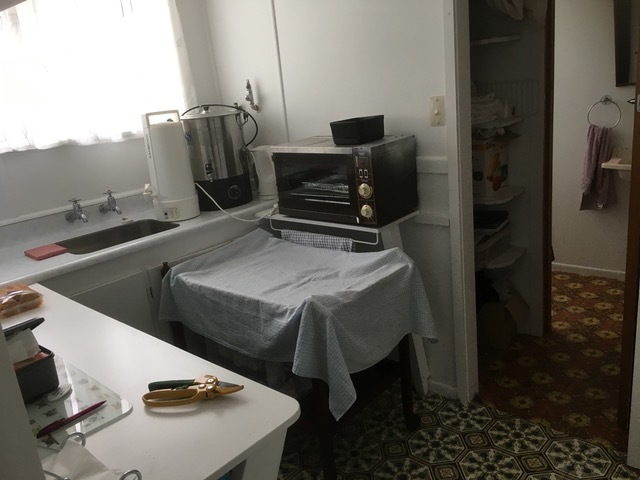 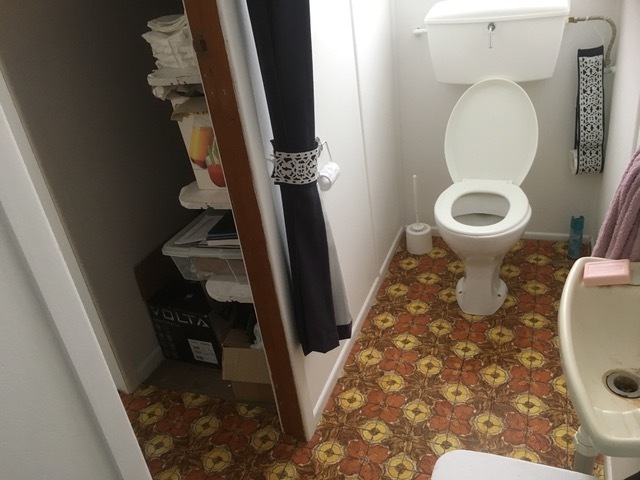 On 29 January 1853 Richard Prouse Snr purchased the land that would later become the site of the new Church. Twelve years later, on 4 January 1865, he conveyed the land to the Methodists for 5/-. and in December that year Mr John Angus Petherick, a well-known builder from Wellington, was contracted to erect the Church, which was finished in little over 4 weeks.

Reminiscences from John Prouse recount that his father, Richard Prouse Jnr, and his uncle, William Prouse, along with the two Collis brothers, George and Charlie, pit-sawed all the timber for the Church at the Prouse Mill in the valley. Newspaper reports from the time tell of the building of the Church being done by the whole community, so one can only assume Mr Petherick took more of a supervisory role in the building. According to John Prouse “John Crowther was the principal carpenter in the valley and he had a gallant band of workers and soon the Church was an accomplished fact and no one received a penny for their services – it was a labour of love.”

This little historic Church sits in Wainuiomata's oldest churchyard. Opening services in the church were held on 6 February 1866. The first known burial in the churchyard was of James Riddle, a local labourer who died on 12 August 1862. Although built as a Methodist

place of worship, being the only Church in the valley for many years, all denominations attended services there. This is evidenced by some of the burials in the churchyard, which are of Roman Catholics.

Originally erected in 1866 as a plain unlined building of around 20 feet wide by 30 feet long, the church was soon struggling to accommodate the growing number of parishioners and by 1873 the length of the church had been enlarged to around 42 feet and the vestry added, at a total cost of £72. 1882 saw further improvements including the lining of the church and the addition of the rostrum at the cost of £40. It is thought that the front porch was also added around this time.

With the building of St Stephen’s Church in 1957 and its opening in early 1958, the Coast Road Church fell into disuse apart from the occasional wedding and funeral. From 1974 - 2009, it housed the Wainuiomata Art Society and their presence helped keep the building intact.

The Wainuiomata Pioneer Church Preservation Society Incorporated took over possession of the church in November 2010 and has managed the full renovation, rebuilding of the vestry, and ongoing asset and operational management of the building, churchyard and grounds since then.

(Written and researched by Colleen Hira and Vicky Alexander) 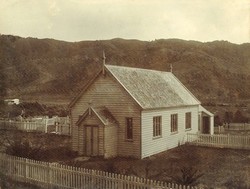 Conservation Survey of the Church

“The Methodist Church has a simple form that follows the pattern of many early colonial churches in New Zealand. It is rectangular in plan, measuring approximately 42’ 8” long and 20’ wide.

Originally it was only two bays long, approximately 30’, but in 1873 it was extended by one bay to its present length, and the vestry was added. The front porch addition was made on the east end of the building, possibly in 1882.

The roof is gabled… it was originally sheathed in split totara shingles, and these are still in place under the corrugated iron sheathing that was put on in 1910.

The walls are sheathed in pit-sawn totara weatherboards, approximately 200 x 25mm; they finish at the corners against a chamfered 90mm square solid stop.

Such a high structure (the ridge is approximately 9 metres) with no cross walls for bracing would be susceptible to damage by wind loadings, and to counteract this, four buttresses were fixed along each side wall.

The walls and ceiling of the interior of the Church are fully lined with tongue and groove boards. The floor is tongue and groove boarding. 185mm wide, fixed with rectangular headed cut nails. There are three collar ties across the nave, and a raised platform for the pulpit at the western end. The joinery consists of framed tongue and groove doors, with a panel door to the kitchen, and casement windows of unusual design to the north, east and south elevations”.